ECIP 1049: Change the ETC Proof of Work Algorithm to Keccak256

A proposal to replace the current Ethereum Classic proof of work algorithm Etchash with Keccak-256.

The Bitcoin network currently uses the CPU-intensive SHA256 Algorithm to evaluate blocks. When Ethereum was deployed it used a different algorithm, Dagger-Hashimoto, which eventually became Ethash on 1.0 launch. Dagger-Hashimoto was explicitly designed to be memory-intensive with the goal of ASIC resistance [1]. It has been provably unsuccessful at this goal, with Ethash ASICs currently easily availalble on the market.

Keccak256 (aka SHA3) is the product of decades of research and the winner of a multi-year contest held by NIST that has rigorously verified its robustness and quality as a hashing algorithm. It is one of the only hashing algorithms besides SHA256 that is allowed for military and scientific-grade applications, and can provide sufficient hashing entropy for a proof of work system. This algorithm would position Ethereum Classic at an advantage in mission-critical blockchain applications that are required to use provably high-strength algorithms. [2]

A CPU-intensive algorithm like Keccak256 would allow both the uniqueness of a fresh PoW algorithm that has not had ASICs developed against it, while at the same time allowing for organic optimization of a dedicated and financially commited miner base, much the way Bitcoin did with its own SHA256 algorithm.

If Ethereum Classic is to succeed as a project, we need to take what we have learned from Bitcoin and move towards CPU-hard PoW algorithms.

At first, most users would run network nodes, but as the network grows beyond a certain point, it would be left more and more to specialists with server farms of specialized hardware. - Satoshi Nakamoto (2008-11-03) [3]

Note: Please consider this is from 2008, and the Bitcoin community at that time did not differentiate between node operators and miners. I interpret “network nodes” in this quote to refer to miners, and “server farms of specialized hardware” to refer to mining farms.

In Solidity, developers have access to the keccak256() function, which allows a smart contract to efficiently calculate the hash of a given input. This has been used in a number of interesting projects launched on both Ethereum and Ethereum-Classic. Most Specifcally a project called 0xBitcoin [4] - which the ERC-918 spec was based on.

0xBitcoin is a security-audited [5] dapp that allows users to submit a proof of work hash directly to a smart contract running on the Ethereum blockchain. If the sent hash matches the given requirements, a token reward is trustlessly dispensed to the sender, along with the contract reevaluating difficulty parameters. This project has run successfully for over 10 months, and has minted over 3 million tokens [6].

With the direction that Ethereum Classic is taking: a focus on Layer-2 solutions and cross-chain compatibility; being able to evaluate proof of work on chain, will be tremendously valuable to developers of both smart-contracts and node software writers. This could greatly simplify interoperability.

Example of a Smart contract hashing being able to trustlessly Keccak hash a hypothetical block header. 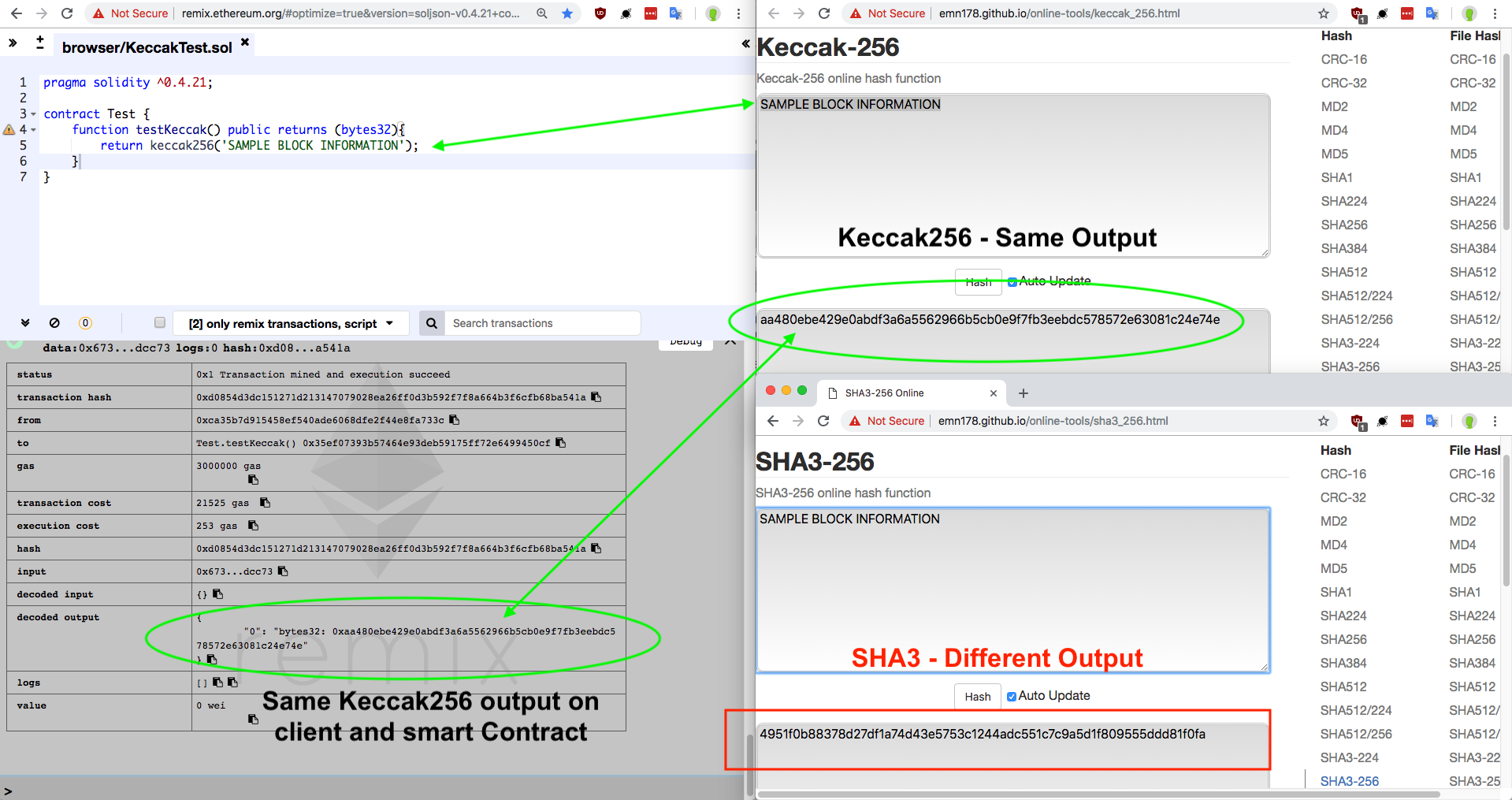 Here is an analysis of Monero’s nonce-distribution for “cryptonight”, an algorithm similar to Ethash, which also attempts to be “ASIC-Resistant” it is very clear in the picture that before the hashing algorithm is changed there is a clear nonce-pattern. This is indicative of a major failure in a hashing algorithm, and should illustrate the dangers of disregarding proper cryptographic security. Finding a hashing pattern would be far harder using a proven system like Keccak:

Based on analysis of the EVM architecture here there are two main pieces that need to be changed:

After doing further analysis it the best way forward to begin work is to implement this change in Multi-Geth instead of any other client. This is because Multi-geth is organized for multi-chain development, it seems to be more recently updated than classic-geth, and it is designed to be used with alternative consensus methods- which is necessary for implementing ECIP-1049.